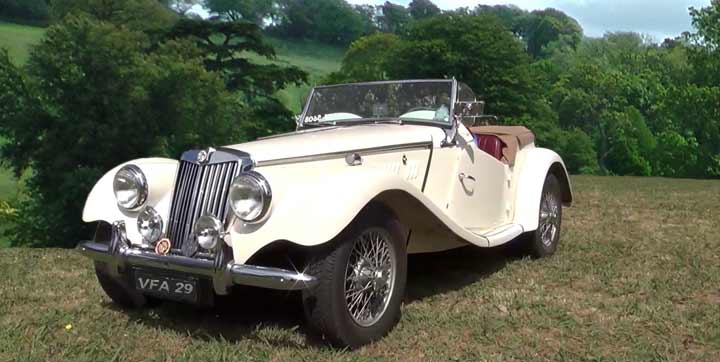 How do you judge a car's success? Is it the number of them that are sold? Is it the profit or loss that they make for their manufacturer? Or is it how they are viewed several decades after they have gone out of production?

When the MG TF and the TF Midget were first manufactured in 1953 they were a sales flop. It is ironic that nowadays they are highly sought after cars, and replica manufacturers all over the world still use them as a source of inspiration (we cannot say 'copy them'!).

Back in 1957, however, many people (including quite a few at the manufacturer, BMC) dismissed the TF as just an attempt to squeeze a few more sales out of a marque that was past it's sell by date. It was last in line of the celebrated T series, but the suspicion was that the British Motor Corporation was flogging a dead horse.

It wasn't a bad car. It was good looking and reasonably reliable. As an open two seater roadster weather protection was not particularly good; in fact it was pretty awful; but that didn't seem to bother the type of raw-knuckled driver that it seemed to attract. Performance wasn't fantastic, but it wasn't bad either with the 1250 cc engine pushing out 57.5 brake horsepower. Certainly its predecessor, the TD, had been highly successful, particularly in it's main market, the USA. So what went wrong?

The fact is that things move on and what is acceptable today will probably not be so popular tomorrow. Instead of bringing the TF right up to date, the TF was merely a TD which had been reworked.

The design was still very much prewar; admittedly the engine's compression ratio had been increased, the valves and valve springs had been upgraded and larger carburettors fitted. Later, a 1500 cc engine, giving a top speed of 85 mph, was fitted. Externally, however, it still had the same chassis, transmission, brakes and suspension. There were minor cosmetic changes to the bodywork and radiator grille. But that was it.

Here we are several decades later and there is still a huge demand for replicas, despite the fact that by now standards have moved on, and it is very fair to describe it, compared to modern machines, as unacceptably cramped, uncomfortable, noisy and windswept. Nostalgia can be very potent and the tastes of the carbuying public never cease to amaze.